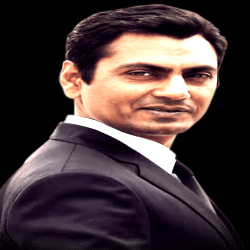 Popular Bollywood Actor. who has appeared in some of Bollywood's major films. His Life Journey from a watchman to Bollywood is truly inspirational. Nawazuddin Siddiqui is easily one of the foremost acting talents of his generation, a luminary whose classic rags-to-riches story is as striking as his acting prowess and versatility.