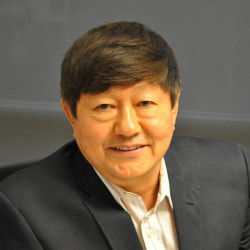 Kargil War Hero. A former officer of the Indian Army who was tasked with capturing the strategic heights of Khalubar in the Batalik sub-sector during ​Vijay, Kargil War. Recipient of the Vir Chakra by the President of India for ‘Conspicuous gallantry and Inspirational leadership’ displayed during the Kargil war.

Is a former officer of the Indian Army who was tasked with capturing the strategic heights of Khalubar in the Batalik sub-sector during Operation Vijay, Kargil War.

Colonel Lalit Rai, Vir Chakra, was commissioned into the elite ELEVEN GORKHA RIFLES in 1977, the colonel has been in operations in all types of terrains.

Due to his ‘never say die’ attitude, versatility and willingness to take on dangerous operations, was handpicked by the Army to form and lead the first ‘Dangerous & High Risk Mission’  team, which is the precursor and genesis of today’s elite National Security Guards (NSG).

The Colonel was first exposed to the complex and dangerous world of terrorism in the early 1990’s when terrorism first raised its ugly head in J & K. He commanded a RASHTRIYA RIFLES battalion that was specially designed to combat terrorism. During his command tenure, he created a record in highest number of terrorists eliminated in the shortest span of time & also affected over a 100 terrorist surrenders.

The Colonel has done two years of highly acclaimed research work on Global Terrorism from Department of Defence & Strategic Studies, Pune University. He is a postgraduate in Management from the College of Defence Management, Secunderabad and from the prestigious Naval Postgraduate School, California, USA.

In June 1999, Col Lalit Rai, VrC, took over the command of the elite GORKHA RIFLES in OP VIJAY. He led his battalion into many battles in the Kargil war, in the Batalik sector, at altitudes of over 18000 feet and in freezing temperatures of minus 30 deg Celcius and below. Despite bullet and splinter injuries on the legs and bleeding profusely, the brave Commanding Officer led his men from the front to success. The battalion under his dynamic command fought with sheer grit and raw courage and achieved victory after victory. For his conspicuous bravery of an exceptional order and inspirational leadership, the President of India awarded the prestigious VIR CHAKRA gallantry award to Col Lalit Rai. The battalion besides bagging a large number of gallantry awards, was also conferred the title of the ‘BRAVEST OF THE BRAVE’, by the Army Chief, for its sterling successes during OP VIJAY.

The Colonel is a National level sportsman in Soccer and Athletics and a keen mountaineer. He is an inspirational speaker and trainer and has trained and motivated a large number of Corporates and students. He has also given several psychological strengthening and inspiring sessions to the Indian Hockey Team in 2010. That year they created a record of podium positions in all the three prestigious tournaments that they participated in, like Azlan Shah Cup, Commonwealth Games and the Asian Cup.

After his distinguished and meritorious military career spanning over three decades & after experiencing many close encounters with death on over 20 occasions during his stint in the Army, he finally decided to hang his uniform in early 2007. Since then he has been associated with major Indian corporates and continues to inspire and touch lives with his inspirational leadership and astute management insights in Leadership and Human Resources domain.

For his inspirational leadership and conspicuous bravery of a very high order, he was awarded the Vir Chakra on 15 August 1999, by the President of India.

Dozens of publications have cited Col Rai’s tale as an inspiring lesson for business. Leaders identify with his story of being accountable for the results in an environment where they don’t make the rules. He wrestled with an extreme version of the management challenges business faces today – and won. ​

KARGIL LEADING FROM THE FRONT
is an approximately 1 hr 45 minutes PPT presentation containing rare pictures and video clips of the Kargil war. The Presentation is based on the live experience of the Colonel during the Kargil war and on the battles fought by the colonel and his valiant men in the cold desolate mountains of Batalik sector at the LOC under extremely difficult and dangerous situations. It  is an experience that will jolt all of us awake. The take home lessons from this extremely engaging presentation is a lesson in life itself. A certainly 'NOT TO BE MISSED' event with enough examples and lessons in Leadership, Decision Making, Courage, Discipline, Determination, Focus, Goal Setting etc. so important for all of us, especially the youth of today.

To book Col. Lalit Rai for your corporate event, function or conference, simply contact the Celebrity Speakers India team on +918652835000 or write to us - info@celebrityspeakersindia.com