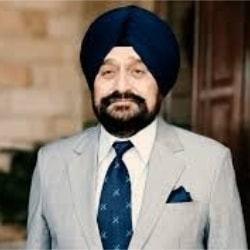 In addition to effective human resource management, General Singh undertook a review of Defence Cooperation initiatives with the countries of the immediate and extended neighbourhoods to ensure their compatibility with the national security strategy and policies. General Singh showed great respect for diversity and proved capable of managing large multinational organisations by the virtue of his experience in the United Nations. He served in two UN missions in Central America (ONUCA & ONUSAL) and in his third assignment he commanded a multi-national Division in the Democratic Republic of Congo (MONUC).

He has delivered talks on various facets of National, Regional & International Security, Asymmetric Warfare, Counter Proxy war, Counterinsurgency operations, Border Management, Strategic Leadership Challenges, Relevance of Military Leadership & Management in the Corporate Sector, Leading Change in Large Organisations, Peacekeeping Operations and Disaster Management to both domestic and international audiences. He has also delivered a number of motivational talks in Corporate Houses, Management and Academic Institutions. In domestic and international military circles, besides his expertise in the above mentioned fields, he is also admired for his astute strategic leadership. For his distinguished and dedicated services, the President of India awarded him the Param Vishishta Seva Medal, Uttam Yudh Seva Medal, Ati Vishisht Seva Medal, Sena Medal and Vishisht Seva Medal. Among other awards, in 2013, he was inducted into the USAWC International Fellows ‘Hall of Fame’ and awarded The Legion of Merit by the US President for exceptionally meritorious conduct in the performance of outstanding services.

Clients
To book General Bikram Singh for your corporate event, function or conference, simply contact the Celebrity Speakers India team on +918652835000 or write to us - info@celebrityspeakersindia.com