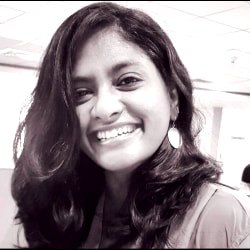 A braveheart blade runner. Shalini who lost both legs, and hands, to a rare bacterial infection has defied all odds to become an audacious blade runner.

In 2012, Shalini was returning from a vacation in Cambodia - pregnant, fresh from the celebrations of her fourth anniversary, and on the brink of a promotion - when a fever changed her life. What began as a mild illness turned out to be Rickettsial with morts, a rare bacterial infection. In the months that followed, she lost her baby, survived multiple organ failure, and slipped into a coma. Four days later, she awoke to unresponsive limbs.

Shalini went on to lose all four of her limbs, becoming a quadruple amputee. The next few months were spent in the journey of self-rediscovery, learning to redefine the rhythms and routines of everyday life. Her determination and never-say-die attitude brought her to athletics.

What began as just another means to maintain fitness and general health soon turned into a passion. Shalini, supported and trained by Coach BP Aiyyappa, soon started participating in marathons. In 2016, she completed the TCS 10K marathon with a 2 hours and 3 seconds and then again in 2017 with a timing of 1 hour and 35 minutes. She continues to train, always committed to the goals of betterment and growth. She’s now a professional athlete, a 100 meter sprinter and came third in the National’s last year.
Besides running and her full-time corporate job, Shalini is an avid blogger

In the last few years, she has addressed audiences at a host of corporates including Walmart, Biocon, TESCO, Metlife, Xiomi, Firmenich, BASF, Delliote, HPCL, Ranstad, Wipro Technologies, TATA Communications, VMWare, Amdocs, Fidelity, Salesforce, L&T, Dell  and RR Donnelly. She is also a speaker for the CEO, CFO & CHRO talks conducted by IMA(International Market Assessment). She was recently awarded the “Iconic Woman Award” by the Ladies’ Wing of the IMC Chamber of Commerce, “Rashtriya Swayam Siddha Samman” by the JSPL Group and the “Kittur Rani Chennamma Award” by the Women & Child Development Department, Government of Karnataka.

On top of it all, she also advocates for the inclusion of Persons with Disability (PwDs) on various platforms. She is an Ambassador for Adventures Beyond Barriers Foundation, a non-profit promoting inclusion of PwDs through the platform of adventure sports, and is involved with Saviour of Soul, an NGO that works with rehabilitation of sex workers and their children as well as Gender-Based Violence. On days off, she likes to dance, sing, and laugh up a riot in the company of family and friends.

To book Shalini Saraswathi for your corporate event, function or conference, simply contact the Celebrity Speakers India team on +918652835000 or write to us - info@celebrityspeakersindia.com