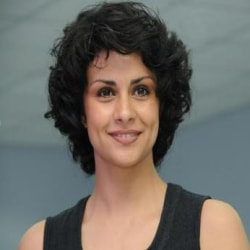 ​Gul is an actor and an entrepreneur who is one of India’s most powerful opinion makers and thought leaders. She is a frontline advocate and activist who regularly engages and facilitates dialogue and debate on critical issues of gender equality and justice, environment issues, fundamental rights, secularism, corruption and political accountability. Gul holds a Masters degree in Political Science. Her social and political activism has had her being recognized as one of the most influential voices on social media and a youth icon.

ACTOR: Gul is a highly respected Actor and Producer who has attained critical acclaim for each of her roles, winning awards, nominations and adulation. Gul’s body of work has covered sensitive social issues from public sector corruption to farmer suicides and gender inequality. Recognized as a ‘thinking actor’, critics have highly appreciated Gul’s ability to portray diverse characters in different languages.

ENTREPRENEUR : Gul is Co Founder of a technology company, Mobiefit that makes fitness apps. She is also involved in running a production company that makes cutting edge content.

Recognized as one of the most influential people on social media in India, Gul runs a foundation in her grandfather’s name The Colonel Shamsher Singh Foundation that works towards promoting citizen-government partnership towards gender equality, addiction awareness, education, employment and disaster management.

TRAVELLER: A busy body and always bitten by the travel bug, Gul’s travelogue spans the elegant fashion capitals of Milan, London and New York with the same ease as an offroading trip across Laddakh or dune bashing in Rajasthan. Having travelled to over 30 countries and dozens of cities, Gul’s appetite for new places and cultures is insatiable. The Government of Finland had appointed Gul as an honorary tourism ambassador as part of the ‘Visit Finland’ program in the year 2011.

FITNESS ICON: An icon for women’s fitness, Gul co founded Mobiefit, a technology company that makes fitness apps across multiple disciplines. Her personal fitness philosophy combines strength, endurance and flexibility. Gul has extensively written and been interviewed on her fitness regimen, and is in the process of writing a book on fitness. She posts fitness tips regularly on her social media accounts.

BIKES, CARS, PLANES and TECHNOLOGY: Passionate about all things technology and automobiles, Gul is on the jury of a plethora of forums that evaluate the best in class for each. Passionate about all things automobiles, technology and aviation, Gul is on the jury of various Automobile and Technology Awards. Gul is presently also pursuing her ambition of becoming a pilot and is on the process of getting her Private Pilot License. An off road enthusiast, Gul’s garage has two customized SUVs’ and an eco-friendly Mahindra Reva E20.

BOOKS, DOGS, HORSES AND GUNS: An avid reader, Gul reads 2-3 books simultaneously; one on her bedside, another in the car and usually one in her handbag. Gul has an ever-growing library and is a passionate collector of first editions.

Gul has grown up with dogs and horses, and the two are an inseparable part of her life. One can often see Gul riding with her two beagles – Gina and Vegas at her native village in Fatehgarh Sahib, Punjab.

Coming from a family of marksmen, Gul is a keen shot and very good with handling guns. She often shoots with and trains under her brother Sherbir who was a member of the Indian national team.

FAMILY AND EDUCATION: Gul was born in Chandigarh on 3 January 1979, into a 2nd generation armed forces family. She had the fortune of traveling all over the country due to her father’s frequent transfers. By the end of her schooling she had changed 14 schools! Among many KendriyaVidyalaya’s, The Lawrence School Lovedale, she also studied in Lusaka, Zambia at the International School. She is an alumnus of the Government College for Girls, Patiala, where she received a Bachelor’s of Arts majoring in Mathematics, Economics and Political Science. She has recently earned a Masters degree in Political Science from Punjab University Chandigarh. Growing up Gul always maintained a keen interest in sport and public speaking. She’s won many state and national level debating competitions, including gold medals twice, at the Annual National Inter University Debate.

To book Gul Panag for your corporate event, function or conference, simply contact the Celebrity Speakers India team on +918652835000 or write to us - info@celebrityspeakersindia.com
​